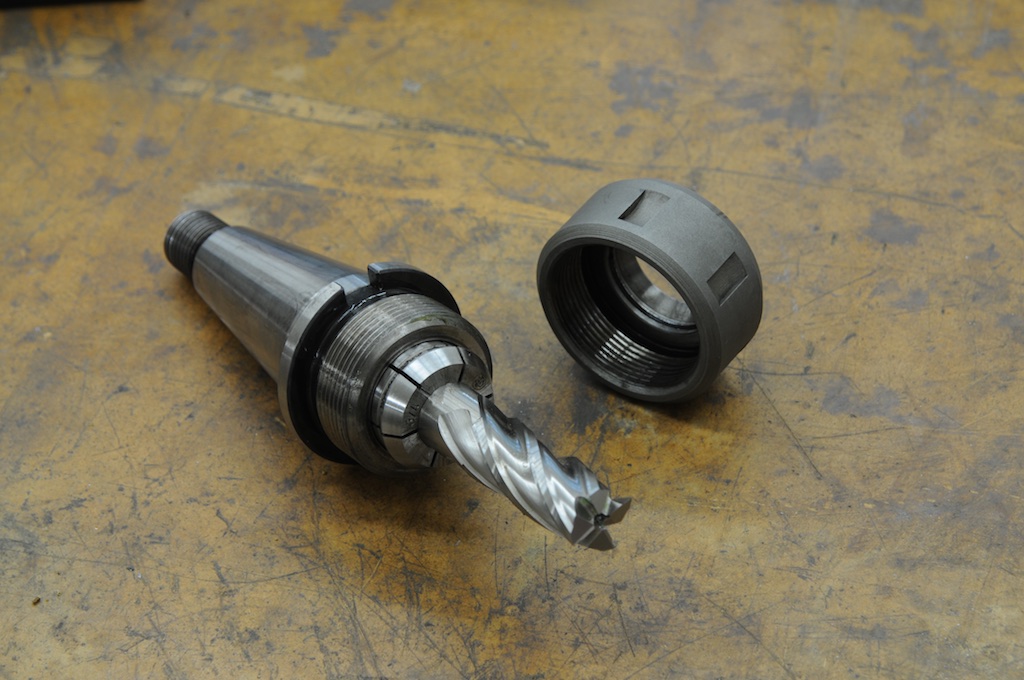 Early on I made a stupid mistake by not properly engaging the collet in its nut before tightening it—the result being an end mill and collet very tightly held by the chuck and no way to remove it. Mistakes like this are pitfall of learning on my own, but also an opportunity to learn and to make tools to solve a problem. The solution I came up with was to make a split-collar to engage the ejector lip of the collet, and then a separate nut to apply force against the split-collar. An indexing head with a 6-jaw chuck held the split-collar firmly against the collet and resisted the turning force applied to the nut. After a moment the collet and end mill was freed and a valuable lesson was learned.

An SK40 collet chuck is an adapter which fits into the ISO 40 taper spindle of a milling machine, which in turn uses a collet to firmly grip an end mill. This particular collet chuck is less common in that it uses the S20x2 “buttress” thread used by Deckel milling machines. The collets themselves are similar to the TG series of collets. All of which is to say: if I couldn’t get this apart without damaging anything, I would have a very expensive mistake on my hands.