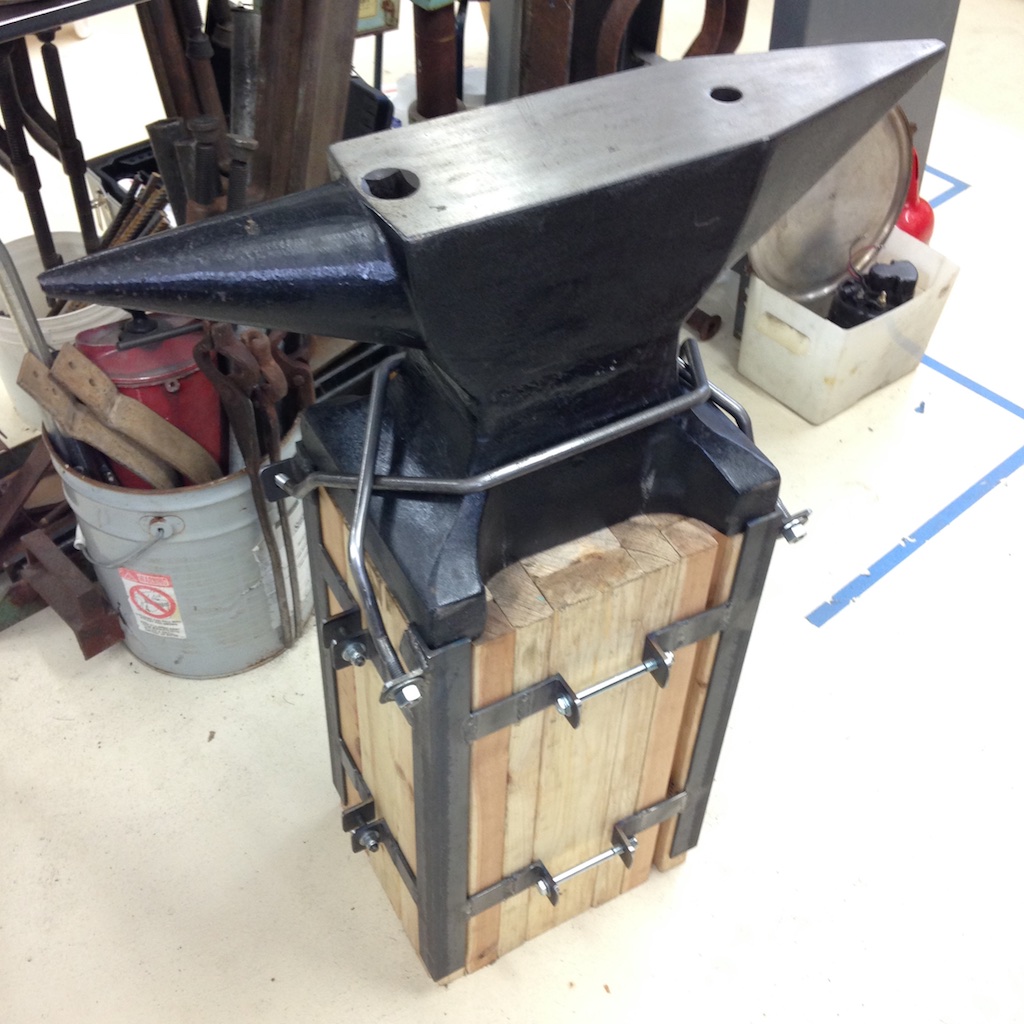 After being inspired by Ries Nemi’s “Urban Stump” anvil stand, I set out to make my own. Now that it’s finished, I think I’ll call mine a “steel-belted stump” as most of the effort went into the steel parts. A few nice features: besides being very compact and solid, it is also flexible. The size can be changed to accommodate a different anvil simply by changing the wood; I find it much easier to adjust the length of a 2×4 than a real tree stump! This flexibility was immediately useful because as soon as I finished the stand to support my 150lb Peter Wright, I found a 200lb Trenton, so the stand needed to be changed from a square to a rectangle to accommodate the larger base.

A year later I happened upon a 275lb RIDGID/Peddinghaus that had never been used and was about 100 years newer than the Trenton, so time to revisit the stand. Because the new anvil was a bit larger the stand needed to be expanded a bit and a new set of “seatbelts” made. Due to the upsetting block on the back, the new belts had to cross on the ends, so the stand’s corners had to be swapped to put the tabs in the correct orientation–another benefit of the stand’s flexibility. In retrospect I could have saved some bending grief if I’d cut the tabs off and changed the angle a bit.

The Trenton anvil is an example of the American pattern of anvil while the Peddinghaus follows the German pattern. The different patterns or styles represent the evolution of anvils and the cultural differences in how they’re used.